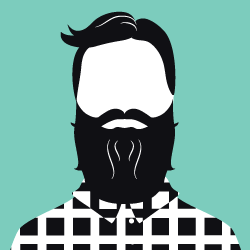 When it comes to taking care of immigration concerns quickly, having the right lawyer by your side is essential. I started working on becoming a legal citizen a few years ago, and it was really incredible to see how much of a difference working with a lawyer made to my case. It was a lot easier to fill out paperwork, deal with deadlines, and focus on what was really important--creating a productive life in my new country. After tackling a few different hurdles, I can proudly say that I am a citizen, and that I owe it all to my attorney. Check out this blog for more information.

Deportation is a scary possibility for immigrants in the United States. Immigrants facing this issue need to take swift action and understand that there are defenses that can challenge deportation. Contrary to popular belief, deportation is not an immediate process. The matter must go through the judicial system.

This is an option available to individuals who can provide proof that they will be in danger if they get deported. Immigration laws protect immigrants based on whether they will be persecuted for being a part of a certain social group, their political opinions, their race, religion, or nationality.

There are two types of asylum. Individuals who are in the removal proceedings process can request defensive asylum. This involves providing a defense against their removal through an application that must be reviewed by an immigration judge. The second type of asylum is referred to as affirmative asylum. Individuals who are not involved in a removal proceeding nor have a pending proceeding can initiate this type of asylum. One can think of it as taking proactive action before a deportation attempt.

Waivers can be used when deportation is related to a violation of US laws. Immigrants who get convicted of violating the law can expect to face removal proceedings. However, they have the right to challenge the deportation by means of a waiver. There are different types of waivers, and the correct waiver to file is based on the type of crime or negligent act that the immigrant is accused of committing or convicted of.

A 212(i) is an immigration waiver that is used to get a resolution on matters involving fraudulent or incorrect information on visa applications. Whether the information is intentional or accidental, immigrants will need to file this type of waiver if it has resulted in removal proceedings. The other types of waivers are used when immigrants get convicted of crimes. It is important to note that waivers cannot be filed until individuals have been convicted.

Immigrants have rights that are protected under the United States Constitution. An immigration attorney is a good resource to use to understand more about immigrant rights and deportation. No one should attempt to navigate the justice system alone when facing deportation. Immigration laws are complex, and in some cases, there are issues such as language barriers that can further complicate matters. To learn more about how a lawyer can help you, contact an immigration attorney today.